The San Francisco Association of Realtors® launched Single Day Broker Tour on December 20, 2022 in response to an overwhelming number of members indicating that this was a change they wanted to see happen.

Curious about the steps we took to make it happen? Read on.

After being a topic of conversation at MLS and Technology meetings for years, "Why doesn't Broker Tour happen throughout the City all on the same day?" (combined with some "Wednesday Tour just doesn't work") we decided to take it directly to membership to get their thoughts.

On July, 27, 2022, SFAR emailed more than 4,000+ members the first announcement of the proposed changes with a link to our Broker Tour Survey. 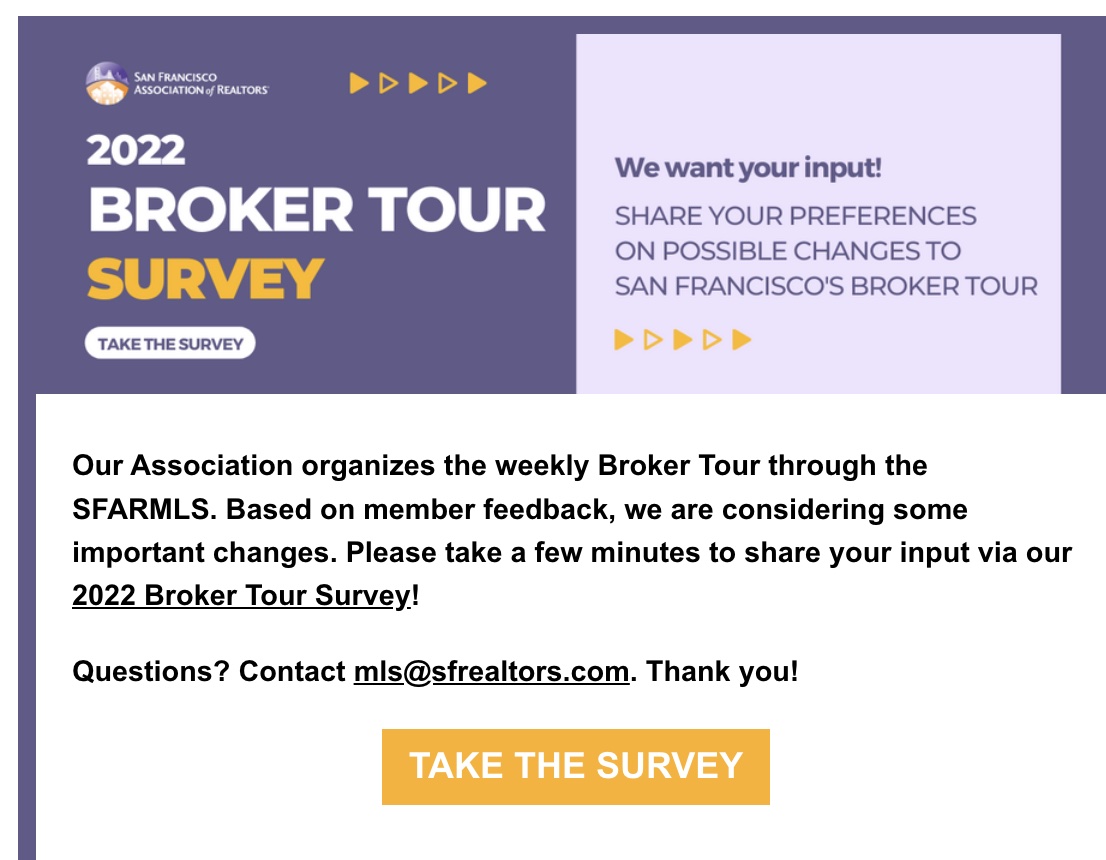 Concluding one month later, with multiple email reminders in between, the survey showed overwhelming support for the change. In addition to more than 500 respondents, the survey itself got 1,200 unique views.

The team also took to social media to garner opinions, including August posts on Facebook and Instagram.

Once the feedback came in, our MLS team got to work making changes in the backend to make single day broker tour possible continuing to keep members abreast of changes month-by-month.

At SFAR's Member Appreciation Day & Expo (attended by more than 150 members) on October 3, 2022 a session was dedicated to discussing the changes.

On November 22, 2022 SFAR President Jeannie Gant spoke of the changes in her monthly newsletter sent to the entire membership.

In SFAR's weekly Office Liaison Report, sent to 1,100+ brokers, managers and assistants, stories and a video walk through of the changes were featured from November 22 , 2022 - January 4, 2023.

A text message was sent out to membership on December 12, 2022, while brokers at Corcoran, Compass, Coldwell Banker and Vanguard were asked to announce at their sales meetings. Pop-up messages were live on member's MLS Dashboards in the weeks leading up to the change. 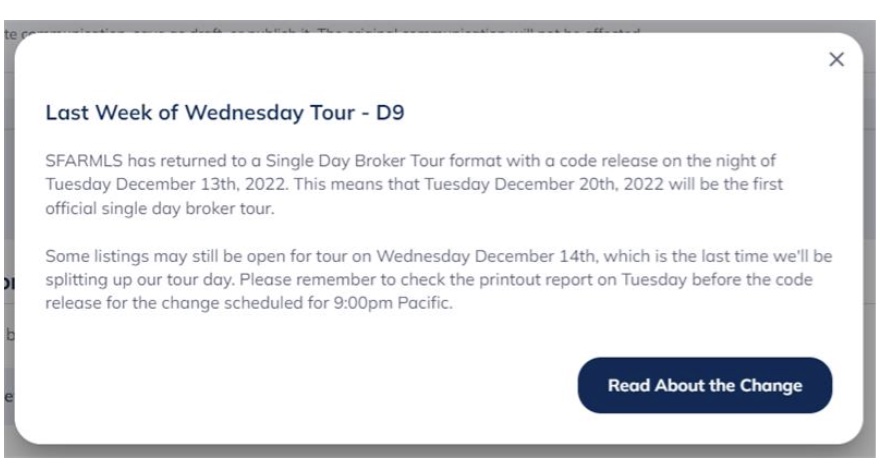 Finally, after much anticipation, the change went live and the first Single Day Tour took place on December 20, 2022!

K
Kristy is the author of this solution article.

Did you find it helpful? Yes No

Send feedback
Sorry we couldn't be helpful. Help us improve this article with your feedback.